The Chairman of the Battery Stewardship Council (BSC), Mr Gerry Morvell, has welcomed the recent announcement by Ministers at their meeting in Melbourne on 27 April 2018 of their support for fast-tracking the development of a stewardship scheme that will eventually result in all types of batteries being recycled in Australia.

“Batteries are an essential part of modern life. However, we have to stop the throw away mentality which wastes a fully recyclable resource and poses a long-term threat to human health and our environment” said Mr Morvell.

“One of our key aims is to facilitate the building of a strong and effective battery recycling industry in Australia. We do not want a repetition of the go-stop issue that has emerged with plastics” said Mr Morvell.

Over 400 million batteries enter the Australian market each year and although there is an efficient recycling of lead acid (car batteries), less than 3% of all other batteries are recycled in Australia.

Some batteries are exported at end of life to overseas markets for recycling, but the vast majority end up in landfill sites where they pose a long-term threat to human health and the environment from leaching of heavy metals.

The BSC was formed earlier this year combining government and industry bodies that had undertaken important background work on understanding the markets and the barriers to recycling that need to be addressed in a stewardship scheme.

The work of the BSC is being supported by the Australian Battery Recycling Initiative with funding from the QLD Department of Environment and Science. There has been strong support for this new body to lead the design of a stewardship scheme. In the first month, over 37 leading companies and other organisations in the battery supply chain have joined the BSC.

The BSC has commenced work on the design of an industry-led stewardship scheme and will be undertaking a range of consultations including a public consultation phase in the coming months to flesh out the details of a scheme. 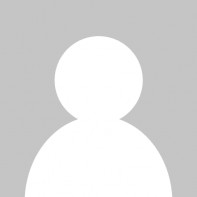 Sign up to our business and councils e-waste news